CAA refuse either to credit exams or introduce Quality Controls 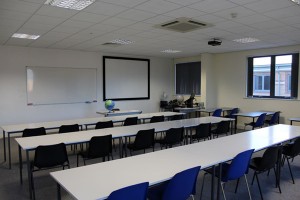 Britain’s leading flight schools have failed to convince the Civil Aviation Authority (CAA) that they should introduce quality assurance measures in the wake of another European exams fiasco. In an urgently organised conference call on the 25th February representatives of the flight schools argued with CAA officials that the Authority should set up procedures to prevent a repeat of the circumstances in early February when a very high proportion of candidates failed the Airline Transport Licence (ATPL) exams.  It emerged that this event had coincided with the CAA introducing a large number of new questions from the European Central Question Bank. In the hour long conference call the schools pointed out that the Learning Objectives which define the exams were so loose that questions in almost any depth could be asked and they lobbied the CAA to publish the Learning Objectives and to introduce new questions slowly so as not to disadvantage the candidates. They also asked the CAA to recognise that very high fail rate indicated a defective exam which required remedial action.

The CAA’s Exams Board Chairman, David McCorquodale, rejected the flight schools’ proposals, saying “I am not convinced there has been any wrongdoing” and “I am not willing either to give [the candidates] free resits or [to] strike out their exam results”. Another CAA representative said the content of the new exams was covered by the Learning Objectives, and therefore acceptable.

Alex Whittingham, Managing Director of Bristol Groundschool, said “It’s very disappointing. This was an opportunity for the CAA to take ownership of the quality issue dumped on them by Europe and to accept they have a responsibility to deliver properly controlled and fair exams. I’m afraid they flunked it.  The CAA say candidates should prepare themselves for the exams from the Learning Objectives but both the CAA and the European Authorities adamantly refuse to publish the very same Objectives.”

Whittingham continued “I can think of no other profession where exams are set without a published syllabus. We are already adapting to the new exams and pass rates are coming back up, but that doesn’t change the fundamental unfairness experienced by candidates in early February. The CAA tell us this is likely to happen repeatedly as more and more new questions are introduced from Europe.”

We use cookies to ensure that we give you the best experience on our website. If you continue to use this site we will assume that you are happy with it.OKNoPrivacy policy