Another day of ‘no flying’ for former Bristol Groundschool student Richard … 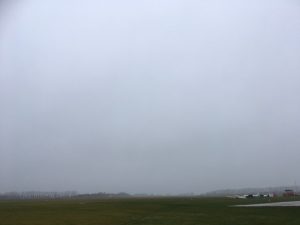 Well what can I say? I know I’m not alone when I say I miss flying! It’s certainly the talk and frustration shared amongst the flying types I rub shoulders with everyday….the weather! But it was January after all and any flying this time of year is a bonus! It has meant that I can spend time thinking about how to structure the hour building and get inspiration on new airfields to visit. It’s been a while since I last flew so it’s going to take a few refreshers to shake the rust off and get current again, so I plan on getting current on one of Goodwood Flying School’s Cessna 172S’s an aeroplane I learnt to fly in some eight years previous! A steady mix of genberal handling, PFLs and a stack of circuits should certainly help, I hope to cover some crosswind circuits too as you can never practice them enough!

Anyway that’s about it for now, I (and everyone else) is hoping for a drier and more settled February so hopefully I can get airborne again, once the flying gets going again the posts should be more frequent crammed with more content so stay tuned!

This sight greeted me upon arrival at work one morning. It shows a very shallow layer of radiation fog blanketing the airfield. It forms when the land cools overnight and subsequently cools the air immediately above its surface. As this air cools it condenses and looses its ability to hold moisture so it forms condensation and fog occurs. It normally burns off once the sun gets to work on it, but it was particularly slow to clear in some places on this day in early January!