Becoming a commercial pilot during a global pandemic 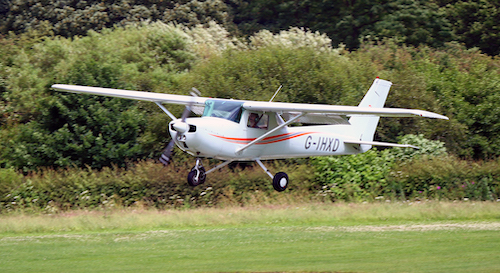 In this blog, Bristol Groundschool student Harry Tait talks us through what it’s like to be a student pilot during lockdown. Like many of the other student pilots that we’ve spoken to, Harry has wanted to become a pilot since a young age.

“I went on many holidays as a child, so I’ve always wanted to become a pilot.”

Another factor for wanting to become a pilot was the level of demand – “Five years ago when I began training there was a pilot shortage, not something that can be said at the moment!”

While government restrictions have put a temporary pause on exams and classroom revision weeks, Harry is still able to put his time to good use, and carry on learning ATPL theory – Bristol Groundschool has been running interactive webinars for students during the pandemic. He says he’s currently studying both modules two and three during lockdown.

Of course, the restrictions have also put a stop to almost all recreational flying, which has impacted Harry’s training schedule. However, he’s managed to secure a place at flight school in Sweden, so will be ready to continue flight training come October.

“I won’t be delaying my training if at all possible, I will instead be continuing, and trying even harder for jobs at the end of it, probably with an interim job to keep the ratings valid.”

Unlike some of our other students, Harry isn’t having to currently combine a full time job on top of training.

“I’ll have to work something out if it interferes too much, but I’m lucky enough to be able to do this training full time at the moment”. 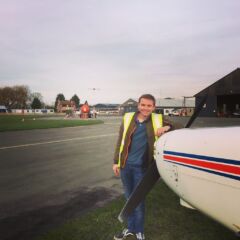 As others have pointed out, student pilots who chose the modular route are in a much better situation compared to their integrated counterparts during the pandemic, thanks to the flexibility it offers, as well as the financial aspect.

“I’m very pleased indeed that I chose modular training, with or without the effects of the virus. It’s so much cheaper and just as good (if not better) training, allowing you to choose the best schools for each part of training, and you save tens of thousands of pounds.

“In terms of COVID-19, the modular training allows me to be more flexible, and to do more of my distance learning ATPL theory course whilst stuck at home”.

When it comes to jobs in aviation, Harry sees light at the end of the tunnel; this doesn’t mean he’s immediately expecting things to return to ‘normal’ however.

“I don’t think the industry will recover to 2019 levels of flights for a couple of years, especially when you account for the longer term economic downturn this will cause. The surplus of pilots will hopefully return to pre-covid rates sooner though, as airlines pick up the slack from those that have sadly gone bust.

“The next couple of years will certainly be turbulent, as the demand for flights fights the need for social distancing, whilst the virus is still going around, and I believe there will certainly be better procedures put in place in the new aviation industry. That could be on a flight level (boarding and seating, etc.) or on a business level (to protect aviation employees perhaps).

“What we can say is that there will be an aviation boom once again, as demand is only ever increasing on average over the years”.

In terms of getting a job when airlines start recruiting again in the future, Harry doesn’t see the modular route being any sort of barrier.

“With a pilot surplus the airlines will be able to be more picky about their recruitment, however, with the difficult times and delays that many integrated schools are having at the moment, there might not be as many of their graduates to choose from.

“That being said I think many airline recruiters are moving away from such preferential treatment, and are increasingly finding that modular trained students are equally as well trained as integrated students”.

This is one of a series of blogs covering our student pilots as they train during the coronavirus pandemic. You can view more of the blogs here.