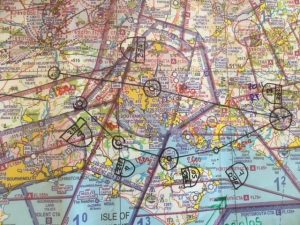 The plotted route showing the westbound transit through Southampton towards the New Forest.

Since my last post I’ve managed to get airborne on quite a few occasions thanks to the superb hot weather we’ve been experiencing lately. My hour building has been a mix of short navigation exercises coupled with plenty of circuits and some general handling for good measure! I also completed a Class D airspace zone transit through Southampton Airport’s overhead which was great to practice the RT (radio telephony) skills and fly a heading under radar control, I will certainly make zone transits a regular occurrence in the upcoming hour-building. Above is a snapshot from my VFR chart showing my westbound routing through the zone. 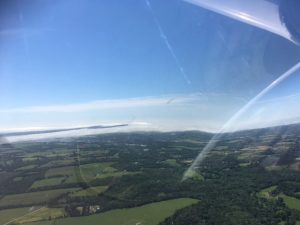 Keeping a keen weather eye on that fog bank drifting off the Solent, just west of Beaulieu, New Forest. 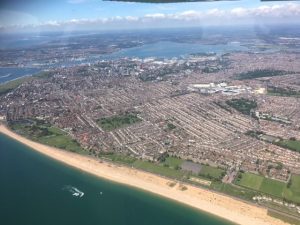 On another short navigation exercise I planned to fly a straight line between two points – Thorney Island and Four Marks, which was a very straight forward route, however I wanted to practice a drift correction method so I was purposefully slack in holding an accurate heading, allowing the aircraft to drift with the wind at 2,000ft. As I reached the half way point on the leg shown on the picture of my chart below I could determine how far in degrees I was off track, by which I then corrected for the drift by doubling the track error. The purpose of this being to arrive back on the intended track at my destination, correcting the heading to offset the drift caused by the wind initially. 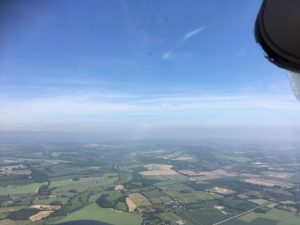 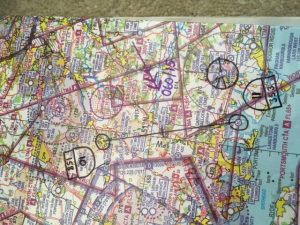