George, one of our training advisors, shares his experience of a UPRT course 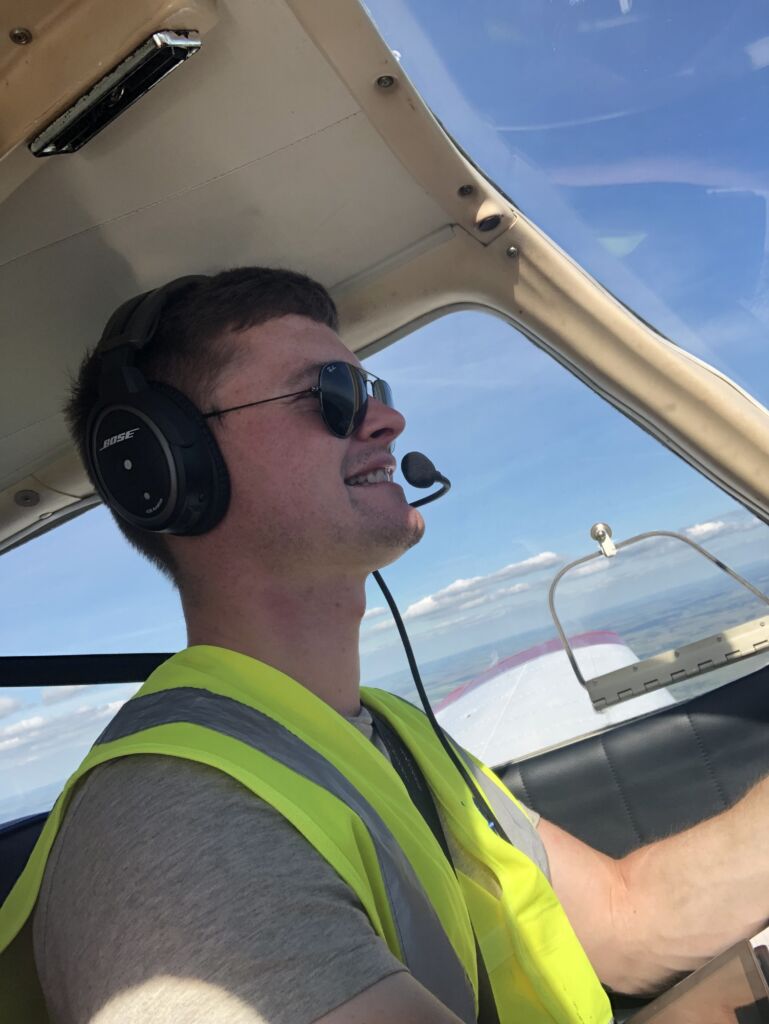 UPRT stands for ‘Upset Prevention and Recovery Training’ and was implemented by EASA in December 2019. It must be completed before your first multi-pilot type rating. The minimum requirement for the course is 5 hours of theoretical knowledge training and 3 hours of dual flying training. The course is designed to provide flight crew with the required competencies to both prevent and to recover from situations in which an aeroplane becomes unintentionally upset.

There are approved training organisations across the country that can offer you this training, some, like Wings Alliance, even offer it combined with the APS MCC course. I chose to do mine during my hours building as it goes towards my total flying time required prior to my CPL/ME-IR. The other reason being that I wanted to do this early on in my training to build my confidence and experience, as it could be a potential life saver at any stage in my flying training and during my future career.

The ATO I chose was Ultimate High at Goodwood Aerodrome – their course usually lasts 2 – 3 days and the flying training is carried out on the T67M260 Firefly. Prior to attending the course, I had some computer-based training pre course study to do which gave me a background on UPRT and gave me the knowledge required prior to starting the course.

Once I arrived at Ultimate High we started with a classroom session discussing aeroplane upsets, the importance of UPRT training, human factors and threat error management. This lead nicely on to the briefing for this first trip of the day. The brief emphasised that we would not need to focus on taxiing or departing the airfield, this is not the purpose of the course. The main focus is put on learning the upsets and knowing how to recover from the in the correct way.

After the brief was completed, we walked out to the aircraft and started to strap in preparing for start. Once airborne we went off to the south, climbing to 5000 feet to prepare for our first manoeuvre which was slow flight, demonstrating the aeroplane’s low speed handling characteristics.

Once I was happy with this, we moved onto stalling – putting into practice the push, roll, power technique to recover. We continued with stalls until me and my instructor were both happy that I had mastered this technique. The next exercise was steep turns leading to stalling and un stalling the wing in the turn – again the same technique was used push roll and power. To finish this trip we carried out some high and low nose attitude manoeuvres, before returning to Goodwood Aerodrome. This trip was a good introduction to UPRT. It was not complicated and good fun to fly, giving me the confidence going into trip two.

When we were back at Goodwood we had another short lesson that led to the briefing for trip two. Once again we got airborne, heading to the south and climbing to 5000 feet, doing the appropriate checks prior to the first exercise. My instructor demonstrated to me a poor go-around technique in the approach configuration, allowing the nose to raise to a high angle of attack when putting on full power. He then showed me the correct technique. After this, I flew the manoeuvre a few times to demonstrate that I understood the concept. We then did a series of spins and spiral dives.

Following on from this, I was given the task of not knowing what was coming next, my instructor put the aeroplane into an upset and I was told to recover in the correct way on his command. During the flight back to the airfield my instructor simulated a rudder control restriction, allowing me to test the aeroplane’s manoeuvrability, exploring the best course of action if this were to happen for real. This is not something that I had experienced before so it was interesting to test different control inputs to see what happened to the aircraft.

Prior to the final trip we explored some case studies, previous accidents and mishaps that were due to upsets. We looked into what caused the upset, and what the best actions would have been now that we knew the reasons for the accident. In most occasions the aeroplane was still airworthy and could have made a safe landing. The main contributing factors were startle factor, loss of situational awareness and tunnel vision often caused by the crew focusing all their attention on a certain problem and forgetting to fly the aeroplane.

Unfortunately the coronavirus restrictions came into effect after my first day of UPRT training, meaning I still have to complete day two at a later date.

Trip three would have been a combination of what we had covered in the previous two trips, to consolidate everything I had learnt. This would even have included a demonstration of wake turbulence recovery, something I have never experienced before!

This is my personal review of the UPRT course. I learned so much that I hadn’t thought about or experienced before, and it is a skill that could save mine and my passengers lives. The course really focuses on the push, roll, power technique which I certainly will not forget. It was also great fun too which is a massive bonus. Even though it is mandatory course now I still would have done it as a part of my hours building if it hadn’t been brought in as a training requirement.